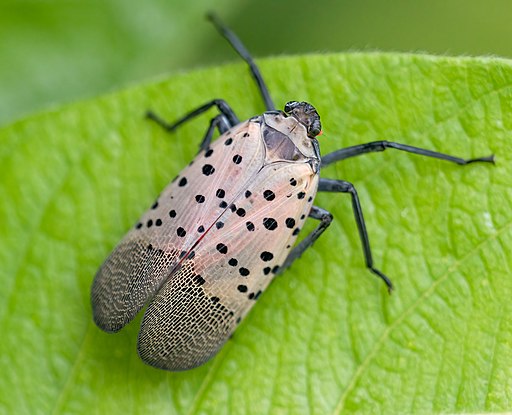 Will White here with Nexus pest solutions, bringing you another edition of questions were asked when we’re out in the field. And today’s question is going to be different. It’s not exactly a question, what I’m putting out is a spotted lantern fly alert, be on the lookout, where they call a BOLO. Be on the lookout for the spotted lantern fly. Now, everything I’m sharing with you today, or at least a majority of what I’m sharing with you today comes from the the unit, the Agriculture Department out of Pennsylvania, because Pennsylvania, is where the spotted lantern fly has taken a pretty good foothold. And it’s really just a matter of time before they show up here in Wisconsin. And I’m saying that because I did here a couple of weeks ago, they found a spotted lantern fly or a few in Iowa. And I’m thinking, wow, how did he get to Iowa? And not here? So there’s a possibility that this spotted lantern fly is already in Wisconsin, and people don’t know what they’re looking at. They probably think Oh, that’s really cool. That’s a beautiful moth. And it looks more like a moth than a fly. And it is it is beautiful. And I was having some problem uploading a picture, you know, to this podcast. Hopefully it’s up there. But if not, Google Images of the spotted lantern fly to get a picture because it’s you if you saw it again, you will know. And it’s a very, very invasive pass. The Agriculture Department in Pennsylvania was calling it a bad bug. And I’m gonna tell you something. I’ve been in this industry for a while. And I’ve never seen a message that said something like this. Kill it, squash it, smash it, just get rid of it. So that gives you an idea how serious it is if this pest shows up. So what is the spotted lantern fly? This is something from Asia is started showing up in Pennsylvania in 2014. And what did they do? It’s an invasive pest. So it attacks grapes, apples hops, for beer lovers, and the hardwood industry. And this thing, you know, when they show up, and they get a foot hole, you know, you can have hundreds of these things flying around. And what they do is I guess they they excrete some type of sugary substance called Honey Do they say that encourages the growth of a black city mole. Now this mold is not harmful to people. But it causes damages, it causes damages to, you know, like these plants, these vines and things of that nature. And then when you have a lot of them, they can leave that honey do on it can coat decks, and children’s, you know, like plague women like swings and things of that nature. Now to people in Pennsylvania, according to the Department of Agriculture, is saying that it really really during the summertime, it really really affects their quality of life This, despite Atlanta fly back guests because of these secretions that they’re they’re leaving about now in the fall is when they laid her eggs. And then those eggs hatch. And in the spring and the summer is when we have all of those problems. Now, if you think that you have, I want to say spotted a spotted lantern fly, you know, you hear what they’re saying kill it, you know, take a picture of it, you know, you can always send it to our pest hotline, pest text line at 262-501-8030 number. And I will ensure that it gets to the right people because they’re going to want to talk to you, I can tell you right now, they are definitely going to want to talk to you because I don’t think we’re going to avoid having these things. These spot Atlanta flies in Wisconsin, it’s just a matter of time before we get there. But what we what they need, what they’re going to try to do is limit the damage that these things are going to do once they get get here. So it’s very serious, folks. So I’m asking you for your help now. Can you if you spot one, A, get that information to as fast you know if you know some folks, I spend a lot of time outdoors, you know, they see this thing is really it’s a beautiful fly, I have to say I think it’s pretty colorful, it’s really unique looking. They have to report that because it’s not. It looks more like if I didn’t say it before, it looks more like a moth than a fly. But if they see it, they have to, they have to report that right away because there’s folks that want to try to like say limit the damage to what they can do. You know until then, folks, you know, this was an alert on the spotted lantern fly. But until next time on questions we’re asking we’re out in the field. I hope you have a pest free day. And I want to thank you for listening to this podcast.

10,000 Hours to Be a Milwaukee Pest Control Expert!

Can Milwaukee Do Anything About Springtails? 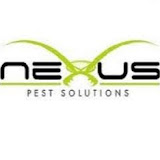 Melinda Yancey
This has continue to be great experience with Nexus Pest Solution. My Technician Reggie is knowledgeable and a pro at his craft. Reggie is very thorough with his work and treat your home as it was his very own with doing an excellent job.. Every service is explain what is going on and what will be done the day of service. This is problem a year or close to a year using Nexus pest service and continue to be pest free. I remind you I have never had free of pest until hiring Nexus Pest Solution. This is the company to go with if you really want the pest gone. This company I will continue to recommend to family and friends. Thank you! Nexus for giving me a pest free home. Most important from the owner ,to technician to receptionist you get great customer service every time. I love that they are so sincere. Again if you want the problem resolve and have a pest free home in the future contact Nexus Pest Solution.

Will Kessenich
Amazing service. We had a mouse infestation, and they immediately identified and fixed where the mice were getting into the house and came out weekly to check on progress and insure the mice were gone. Very nice and professional to work with as well.

Sam Driss
Highly recommend!! Will and Reggie are very professional and so incredibly nice and fantastic at what they do!! Very appreciative and thankful for the both of them!!

Valerie Swenson
Will White does an AWESOME job!

Victoria Balistreri
Highly recommend this business. I was quoted thousands of dollars by ANOTHER business and was fortunate to find Nexus Pest Solutions. While talking to the receptionist (Christina), I felt a sense of relief and knew that I was going to be dealing with an honest company. Will, the owner, came out next day and did the inspection and sealed the holes and did treatment on my home. He was extremely nice and honest about what he found and the plan going forward. Very affordable and the job was done very quickly. Painless experience and would definitely recommend. Thank you!

Christal Benn (Christal Benn)
I was referred to Nexus Pest Control by word-of-mouth and I am so glad that I followed up on the suggestion! The representatives, technicians and inspectors were prompt, responsive, efficient and personable. The inspectors and technicians did a thorough inspection of my home and identified points of entry that went overlooked in previous home inspections by other entities. They immediately laid out the appropriate interior and exterior traps and sealed every point of entry! I was so relieved! What I appreciated the most about NPC was their honesty--NPC did not exaggerate or underestimate the degree of my problems. They just acted effectively and immediately to fix my pest control problems! Likewise they did not try to offer me extraneous services. The price for rodent removal and exclusion services was pretty reasonable. Plus there is a guarantee for follow ups, too. Additionally, their quotes for quarterly services, which includes follow ups, is also very competitive. You cannot go wrong with Nexus Pest Control!

maddie carlin
These guys are seriously great - had an ant problem and they were out right away. One treatment and the ants were gone. Will is incredibly professional and friendly - even to my not-so-friendly cat. Cannot recommend them enough!

Christine Brown
Reggie returned to my family's home for a routine check up. He was punctual, knowledgable, and very thorough. He located the large wasp nest inside our basement closet. He not only removed the entire nest, but he made sure to kill the queen wasp and remove all the larva from the walls to make sure they never return inside our home again. I want to thank Reggie and Nexus Pest Solutions for making our home a safe place again.

James Brown
Reggie was very informative and professional. He went above and beyond to make sure the wasps were exterminated around the exterior and interior of my property. He also said someone will be by in the coming days to make sure the issue was completely resolve. Thank you Nexus for taking care of this problem.